With his Mirror series, Bruno Catalano crosses a new frontier in his work. This time, his travellers do not disappear, devoured from within, but rather seem to transit towards another reality, capable of absorbing them completely. They enter or leave a parallel space-time, in which their figure is obscured and disappears. These walking bodies are represented realistically, but only part of the silhouette remains plausible.

The illusion of seeing a whole human body in these sculptures suddenly stops when one realises that part of it is missing. As if cut off, it makes way for the smooth, golden surface of the bronze. This sharp and disconcerting cut opens up a void that makes room for a different vision. Acting like a mirror or a screen, the sculpture welcomes the reflection of the objects surrounding it, as if they were an integral part thereof.

The observing public can identify with the work in two steps: first, by claiming to be the human figure, and second, by recognising themselves in the reflection. Bruno Catalano's technical research guides the narratives that run through his work, and gives shape to the emotion of his characters. The objects he creates speak like a travel journal or like a recollection of exile and uprooting. 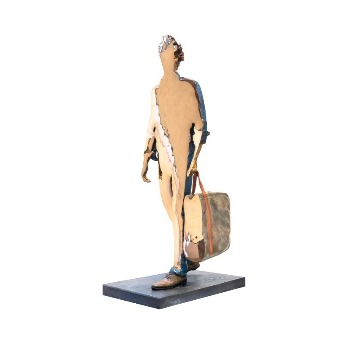 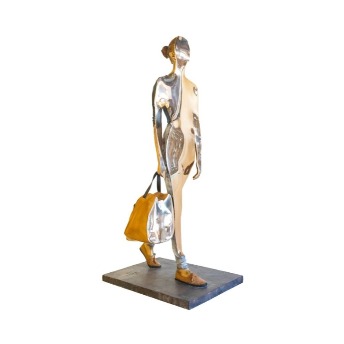 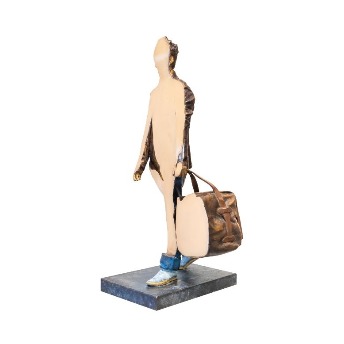