Monumental art returns to Piazza San Marco. From May 14 to June 15 during the Venice Boat Show, four monumental works by Bruno Catalano will be exhibited in four different locations in Venice, including one that will be placed in Piazza San Marco for a limited time only.

Thanks to the collaboration of the City of Venice and Vela Spa, Bruno Catalano’s monumental works will be on display under the arches of the Napoleonic Wing, in Riva Ca’ di Dio, at the entrance to the Arsenale and inside the Venice Boat Show.

The works are part of the Les Voyageurs series, striking bronze sculptures characterized by the total absence of the central part of the body, ethereal “unfinished” characters who are always carrying luggage.

Bruno Catalano’s works are represented exclusively in Italy by Ravagnan Gallery, the oldest contemporary art gallery in Piazza San Marco. In 2022, Ravagnan Gallery enters its 55th year of continuous activity, striving to always maintain a close connection with the city, especially with Piazza San Marco, where it has already exhibited works of art and given life to artistic performances several times in the past. 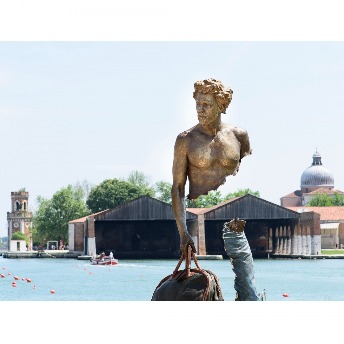 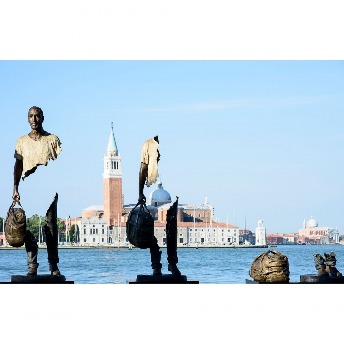 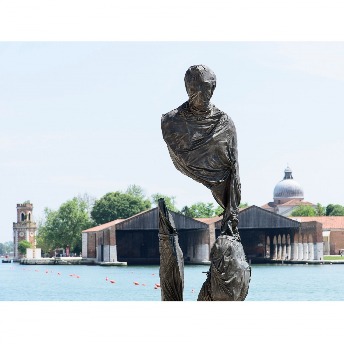